Let’s get those kiddos engaged and excited about learning!  Are you ready to throw your first EPIC glow party? I’ve previously shared ideas on how to get your students engaged in fun learning activities and sight word glow party ideas, click here for all the details.  This month, I wanted to end the 9 week grading period with a fun review of the standards we have taught in math and also review sight words and word work strategies we worked on in phonics. I blocked off an almost two hour time period and had the best Classroom Transformation Glow Party I’ve ever thrown.

Yep, I know what you are saying right now on the other side of the computer screen…”She obviously doesn’t have the behavior problems in her classroom that I have.” Knock, knock, knock…I actually do.  BUT, during a transformation activity this engaging, 100% of your students are going to be well behaved because it is different and new! I’m not going to lie, by the end of the two hour mark, I had three friends who had to take a little “regrouping break” in the hallway to get themselves back under control, but they reentered and rocked it out!

There are a few things you are going to need in order to throw a successful classroom transformation glow party.  I’ve made a list on Amazon to make shopping a little easier. Just click here. I chose to set up my entire classroom the day before the party.  That way it was ready when I walked in the next morning. I set all the stations in tubs so I could swap them out quickly.

I scheduled this classroom transformation glow party to be the day before our Fall Break.  You are going to need a day or two or seven to recover. It is an amazing day, but you will be exhausted at the end.  I also secured 5 parent volunteers.

10:00-10:50 Sight words and word building activities.  I have 15 students working on sight words. I wrote their words in a white index card with highlighter so the words would shine.  I then slid the card in their lanyards so they wouldn’t leave their words anywhere. For students that have passed off on their sight words, they worked on making new words from a sight word.  This is something our phonics unit focused on this month. For example, in could be changed to chin or fin.

11:20-12:30 Math Stations – We reviewed all the math standards that we had already covered for the school  year. It helped me see what they could do independently and what we needed to go back and review again.

You will be amazed at what materials you already have in your classroom that glow!  Instead of buying tons of things, buy the lights first, set them up and then pull materials out of your closet to see what will glow.  Many of these stations are things I use during reading centers and stations, but it makes them more fun in the dark with them glowing under the black lights.

For my reading stations, I set a timer for 8 minutes.  Students worked on building as many of their words as they could.  If they finished, they could make more words that rhymed. When it was time to rotate, I let them get up and move to a station of their choice.  This helps reduce behavior problems if they get to pick which station they want to visit.

Station 1:  Playdoh and Stamps – You could adapt this and just have students roll out their sight words.

Station 2:  Highlighters and white paper – YEP!  So simple! This was the kids’ favorite station.  I made small books using my swivel stapler. Then they got to decorate and draw with different colored highlighters.  They thought this was magical.

Station 3:  Pipe Cleaners and Letter Beads – Again simple and something we already use to work on fine motor skills.  I bought my larger white letter beads from Michaels.

Station 4:  Word Building with Letter Magnets or other letter construction.  I have these amazing clear letter formation builders that my students love.  The orange glowed well, but I need a light table or cube for this station next time.  Use whatever you have that glows! Snap cubes also glow if they are bright colors.

Station 5:  Epson Salt and Letter Tiles – I wanted to make sure to have a sensory bin of some sort and loved this idea.  You pour epson salt in zip lock bags and add florescent paint. Shake and then open the bags to dry. They glow beautifully and then add some white letter tiles for more word building fun.  I used tongs from Walmart with little hands on them so students could work on fine motor skills. This station was a tad messy, but nothing a vacuum cleaner can’t fix.

Station 6:  Wiki Stix – Very simple and low to zero prep on my part for this station. I just picked out the colored wax sticks that would glow.  I didn’t know these would glow under the black lights until I was pulling out materials from my closet to test things. Since these are wax, they stick to the tables so the kids have an easier time forming the letters and words.

Station 7: PomPoms and Tweezers – Again, a little fine motor practice for our fingers. My students are struggling with finger muscle fatigue during writers workshop. Students use the tweezers to get pompoms to spell the words.

Like I said previously, I wanted our afternoon to be a time of review of all the math standards that I have taught.  This was the block of time where I did have some behavior problems. I tell you this to be transparent and let you know that my classroom is not a “fairytale land”.  I have narrowed down the reason behind the behaviors to two options: the work was too difficult and shut a few students down, or the excitement of the glow party wore them out and they were getting tired which caused meltdowns.  I’ll take this into consideration next time I do an activity like this. Overall, 23 out of 26 students had an excellent time and didn’t cause any disruption.

I did not set a timer for these stations.  I rotated when I saw that the majority of students were finished completing tasks.  I had one adult at each station and they rotated with their group since many wanted to be with their child.  I had a group and my amazing student teacher, who volunteered for the day, had a group as well. We took the most difficult groups to avoid disruptions.

Station 1:  Build a number line.  I used glow in the dark tape to draw a number line.  Students use post it notes to label and then glow in the dark stones to count and represent each of the numbers.  Many groups did not fully complete this task, but I did have a number line worksheet printable to complete if they did.  (HINT – make sure to include extension activities for those higher learners that will finish quickly)

Station 2:  Tally with Dice and Glow Sticks. My adult volunteer would roll a neon colored dice and students would use glow sticks to tally the number.  With higher students, they just added to the tally they already had and lower students started back over with each roll. Again, there was a worksheet printable and highlighters here to extend the activity.

Station 3:  Find and Cover – The kids loved this station!  My student teacher put white paper on my back bulletin board and wrote different ways to represent numbers (tallies, dots, etc).  Students found a sticky note with a number and covered the way to represent the number. This was a popular favorite of the day. Psst…and cheap since it only cost time, post it notes, and white paper.

Station 4:  Graphing Worksheet with highlighters.  I ran out of time and creativity so I was afraid this station would be a flop, but the kids loved coloring the bar graph with different colored highlighters.  Yay!

Station 5:  VersaTiles are always a hit in my room, and we have done them enough this year so that the students know how to use them.  I copied a few of the free samples from the website on neon paper which glowed beautifully. The kids worked with a partner to complete these.  I had two stations of VersaTiles set up. Again, I ran out of time, but the kids didn’t know that and neither did the parents. They were engaged and thrilled to see a task they knew exactly what to do with.

It doesn’t matter what you spend hours preparing and what is low effort.  The kids will love every minute of your classroom transformation because it is DIFFERENT.  It is out of the ordinary which automatically means that they will be excited. Yes, throughout the week, I did bribe my kids and hang the “Glow Party” tickets over their heads just a tad.  At the end, I made sure each of my students attended, because it was an experience that they needed to see and get excited about. Now, they also know that when those special events approach, they better get themselves under control because they aren’t going to want to miss an event like this!  Want to download a free copy of the tickets I used? Click here!

Yes, we were a little extra!  I encouraged my students to bring in white shirts, and I purchased glow in the dark fabric paint from Amazon.  I had a parent who purchased extra shirts for any students who didn’t have one. So my entire class had adorable self made shirts.  <3

This site uses Akismet to reduce spam. Learn how your comment data is processed. 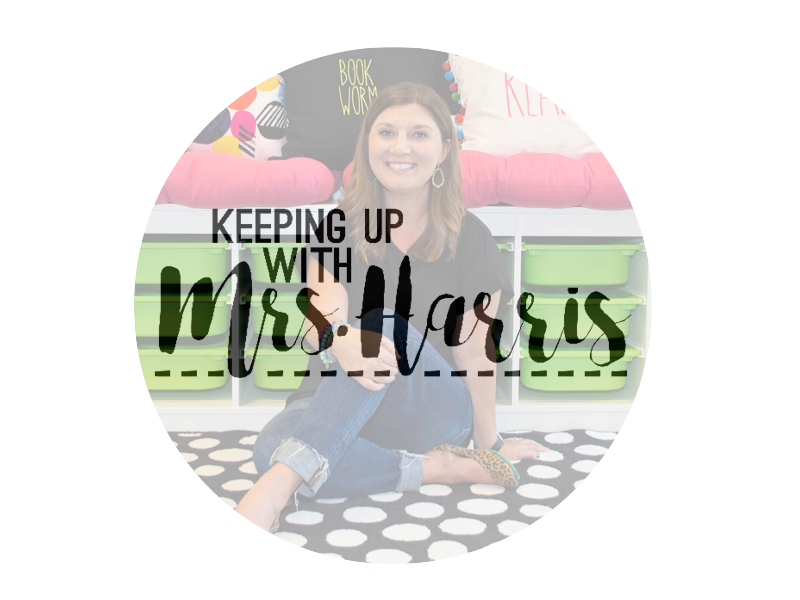 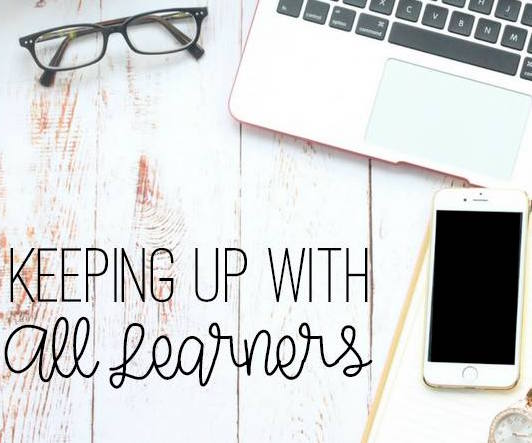 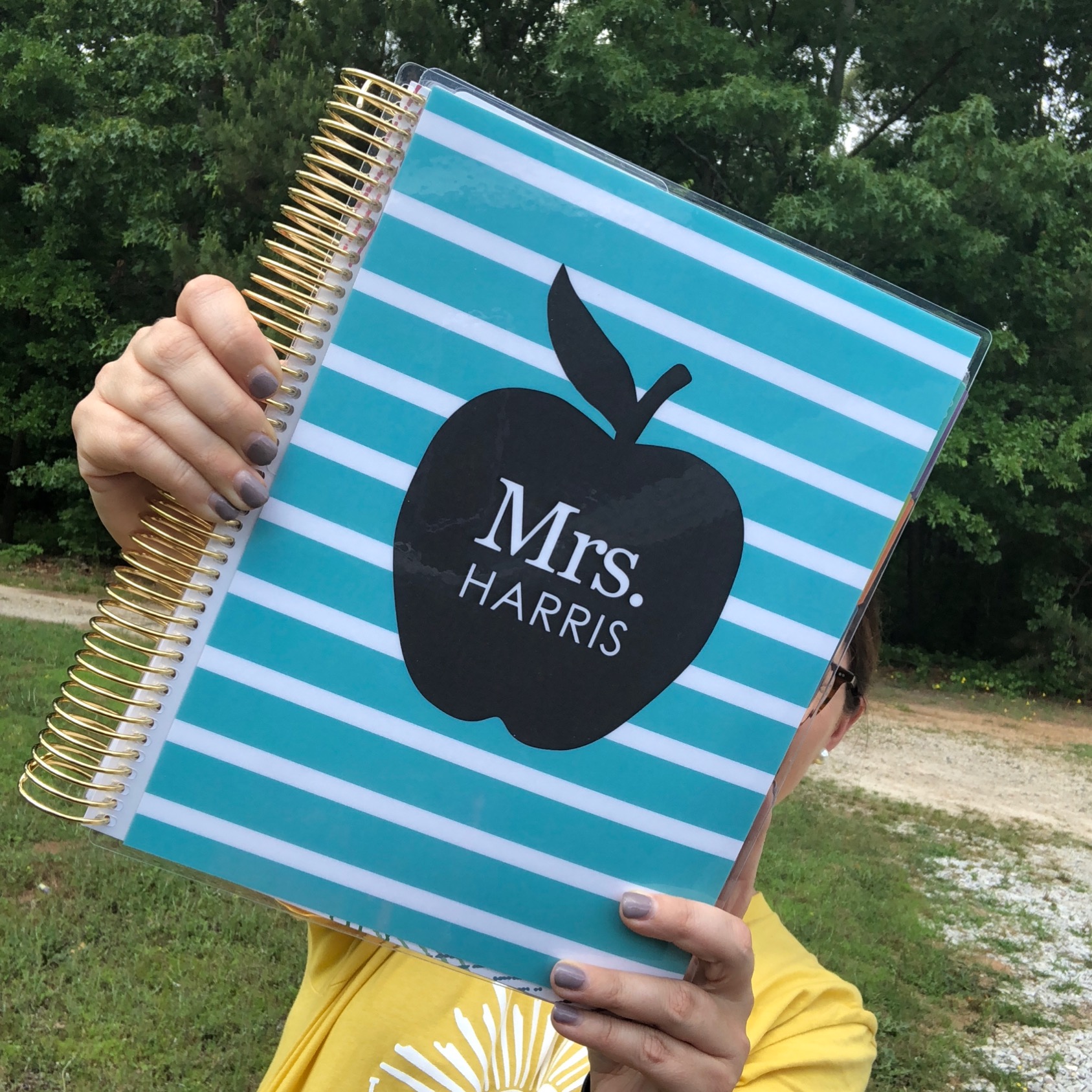 Click here to get a $10 coupon to go toward a purchase of a new Erin Condren planner!